New Podcast Episode! #350 Ethics in Your Business: It's More than Regulations, with Susan Liautaud Listen Now
Back to Top
Home / Blog / How Much Do Solos Really Make?

How Much Do Solos Really Make?

Those charts were based on IRS data and research by University of Tennessee law professor Benjamin Barton. His research shows that solos’ average take-home (after-tax) earnings are about $49,000.

I realize the legal market has changed and continues to change, but it shouldn’t be too hard to beat that average if you put your head down and work as hard as most solos do.

Over the last year two other law professors have criticized Barton’s use of IRS data and proposed using other numbers to get a clearer picture. Seton Hall University law professor Michael Simkovic thinks Barton’s mistake was using Schedule C numbers, since he thinks many solos are probably earning money on the side. Based on census data, he thinks the average solo’s income should be closer to $100,000—or as high as $165,000 if you exclude part-time workers. Taking non-law practice income into account seems off the point to me, but I do know a lot of solos who are serial entrepreneurs or supplementing their law practice income with contract work.

That means there is little basis to the case that some kind of tectonic shift in the lives of lawyers has taken place. It suggests that for lawyers, at least, the glass is more than half full. It also implies that whatever their ups and downs in the market place law schools are continuing to produce trained professionals who are in demand in the marketplace.

However, Barton responded to Diamonds blog post, and the conclusion that solos have lost ground over time does seem inescapable:

Regardless, we agree (I think) that the IRS has used the same process and the same data collection since 1967. I see that you do not like the year 1988 as the comparison point. That is fine. Chose [sic] the first year (1967), or really any of the years between 1967 and 1972, and you will see that filers in this category have lost significant ground over the last generation. Since the beginning of the data these folks have lost roughly a third of their real purchasing power. I do not think that loss of earnings comes solely from whatever amount of non-lawyers are in the sample.

So what to think about this? Are solos doing worse, but still pretty well, or has solo practice fallen hard since the late 60s?

Well, if you are considering starting your own firm—solo or not—I don’t think you should get hung up on either number. Small-firm practice has always been a hard way to earn a decent living, and it still is. But if you come at your practice like an entrepreneur, with hard work and a clear strategy, you’ve got a good shot at beating the average. 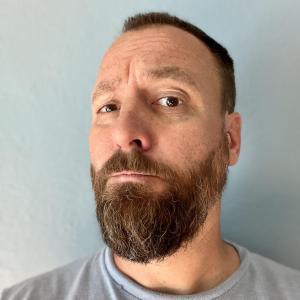